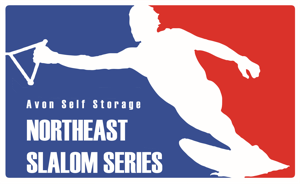 The Northeast Slalom Series is proud to announce that a full slate of sponsors has signed on to support the series’ second season.

With the support of title sponsor Avon Self Storage, along with additional sponsors GOODE Skis, foregroup, h2oproshop, and Hands to Heal Therapeutic Massage & Bodywork, the series looks to build on the momentum of a successful inaugural season and increase the $1,000-plus cash prize it awarded the 2016 champions.

The Avon Self Storage Northeast Slalom Series is a seven-stop, five-state “tour” bringing more excitement and competition to tournament skiing with a season-long points chase culminating in a cash-prize, head-to-head finals.